Elon Musk’s dream of a train that can travel at 1,200 km/h faces serious unresolved engineering challenges.

When Elon Musk first published his designs for Hyperloop, a train that could reach a top speed of 1,200 km/h, the sceptics reacted within a hypersecond. Their main concerns involved safety and cost. In the five years since, a handful of research teams have worked to make Hyperloop a reality. Initial tests were conducted in 2016 in the US, where speeds edged over 300 km/h. More trials are planned in France and the United Arab Emirates. Even so, many people still worry about the project’s safety – and even its usefulness.

Today’s travellers are accustomed to airplane acceleration, but it lasts no more than a few seconds. As the acceleration time in Musk’s concept would be significantly longer, the exposure to the G-forces for the passengers would be greater, says Alfred Rufer, professor of electrical and electronic engineering at the École Polytechnique Fédérale de Lausanne. In the 1980s and 1990s Rufer was involved in a similar project in Switzerland, Swissmetro, a magnetic levitation train that was abandoned in 2009. “If we limit acceleration to 1 metre per second squared, it would take a distance of 54 km to reach a speed of 1,200 km/h,” he explains. “Passengers would therefore experience acceleration lasting more than five minutes – and that wouldn’t be very comfortable.”

Then there’s the vacuum

The Hyperloop concept uses magnetic levitation to thrust capsules or pods through a steel tube maintained in a near vacuum. Travelling from Los Angeles to San Francisco – the example used by Musk when he introduced the project in 2013 – would require 600 km of tubes elevated on pylons. If the tube has a diameter of at least 2 metres, the total space stripped of air would be about 2 million cubic metres. In comparison, NASA’s Space Power Facility in Ohio, the world’s largest vacuum chamber, has a volume of 30,000 cubic metres – 66 times less.

The atmospheric pressure on the tubes under vacuum would be 10 tonnes per square metre, basically the weight of a lorry. With just the slightest crack, outside air would enter the tubes at the speed of sound, and the infrastructure would implode. “The Hyperloop would be vulnerable to terrorist attacks, because it would be difficult to monitor 600 km of tubes,” says Rufer. “You’d have the same problem in the event of an earthquake. The only reasonable solution would be to go in a tunnel, where the issues of environmental impact, security and vulnerability would be solved.” Perhaps for that reason, Musk has announced that the Boring Company, his own tunnel-digging firm, plans to build a Hyperloop between New York City and Washington, D.C., underground.

Hyperloop station
Hyperloop TT’s prototype for the Abu Dhabi station could become reality within the next two years, according to the company.

How useful would it really be?

According to Carlo van de Weijer, head of the Strategic Area Smart Mobility at the Eindhoven University of Technology, the future of mobility lies in flexible systems. “The success of such companies as EasyJet, Flixbus and Uber can be explained by how easily they fit into existing transportation systems,” he says. Instead of bringing greater flexibility to everyday transport, Hyperloop would require building all-new infrastructure. “We don’t need a transportation system that takes us only from point A to point B if it’s not integrated into existing infrastructure.”

Then there is the cost. Musk estimated that the route from San Francisco to Los Angeles would cost $6 billion. But a study by the University of Queensland puts the price tag 10 times higher. “The Japanese magnetic levitation train SCMaglev already exceeds 600 km/h. It was considerably less costly to bring into operation than potentially building the Hyperloop”, Rufer says.

Despite these drawbacks, Rufer and van de Weijer support the research generated by the Hyperloop project. “All that buzz will lead to major advances in mobility,” says van de Weijer. “Even if Hyperloop as a serious means of transport will never happen.”

This article follows “Hyperloop: Why it can work”. 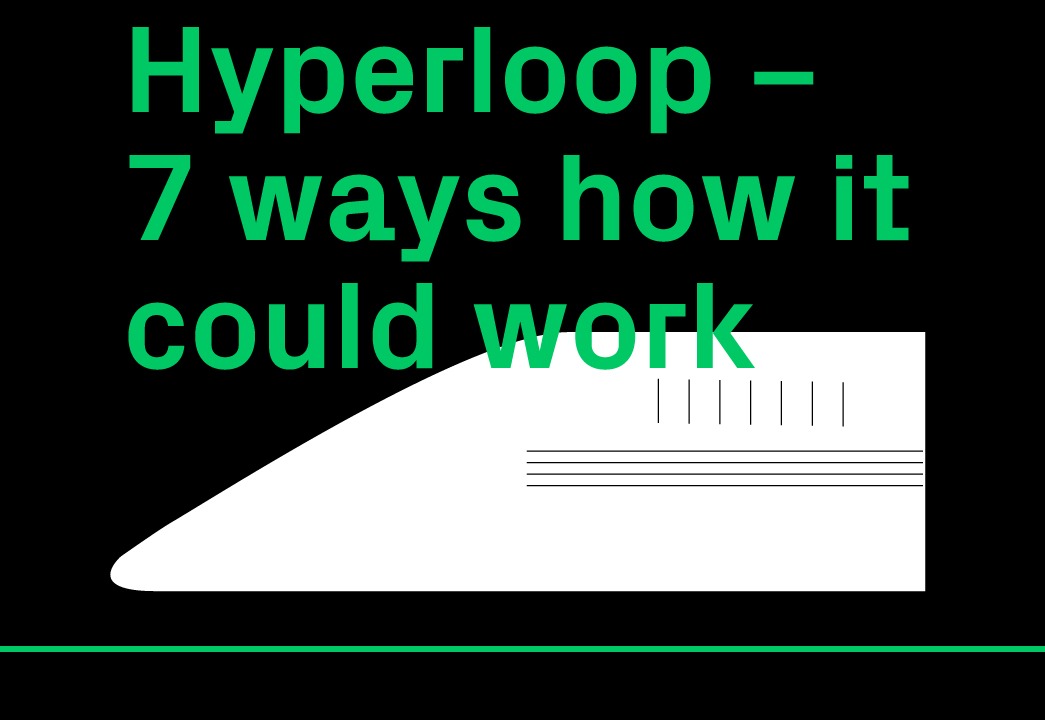 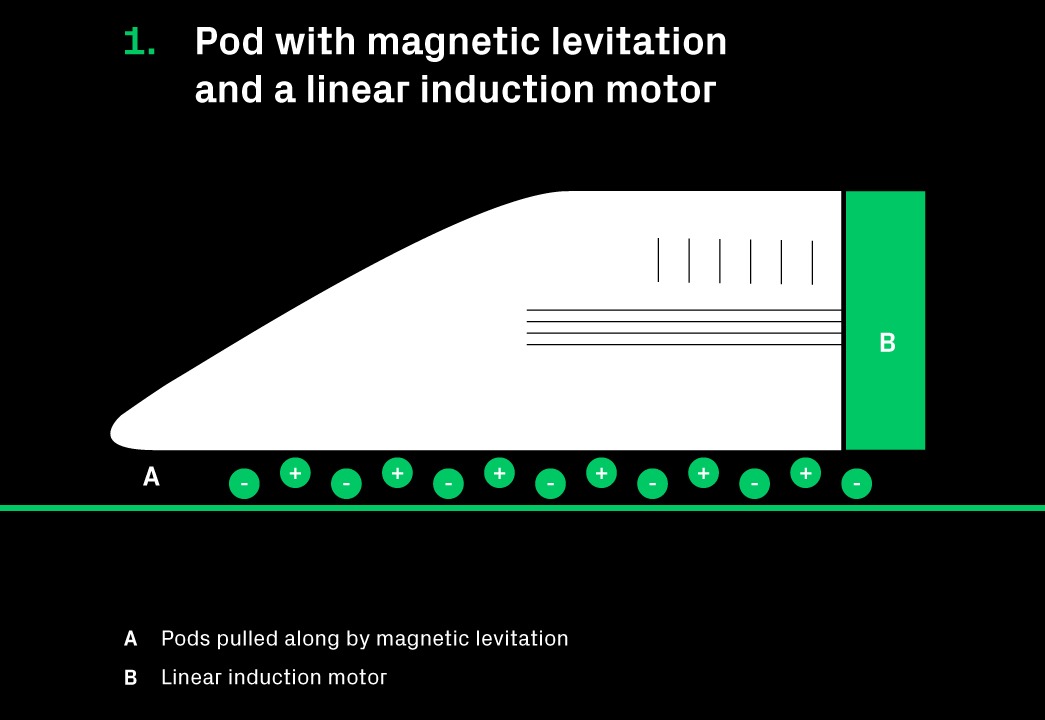 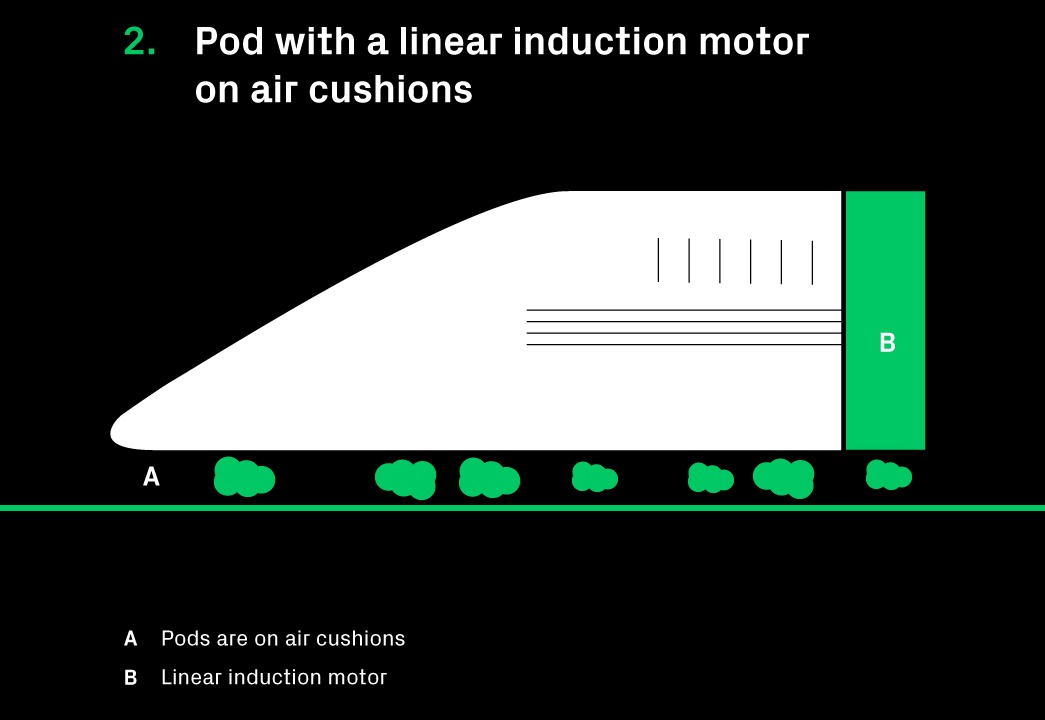 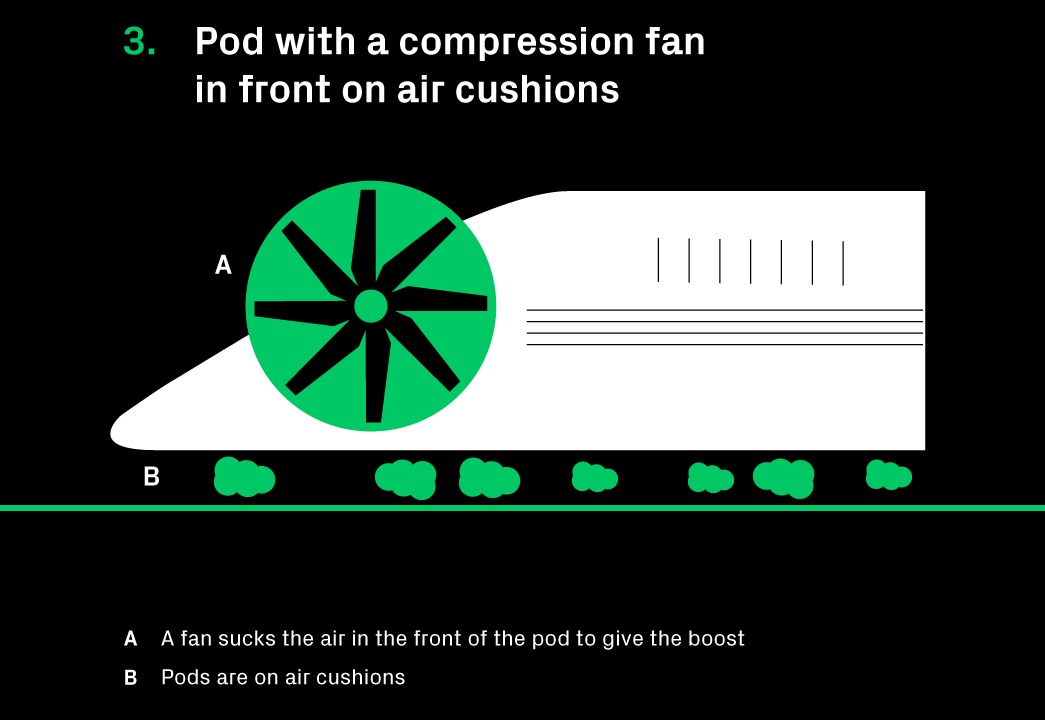 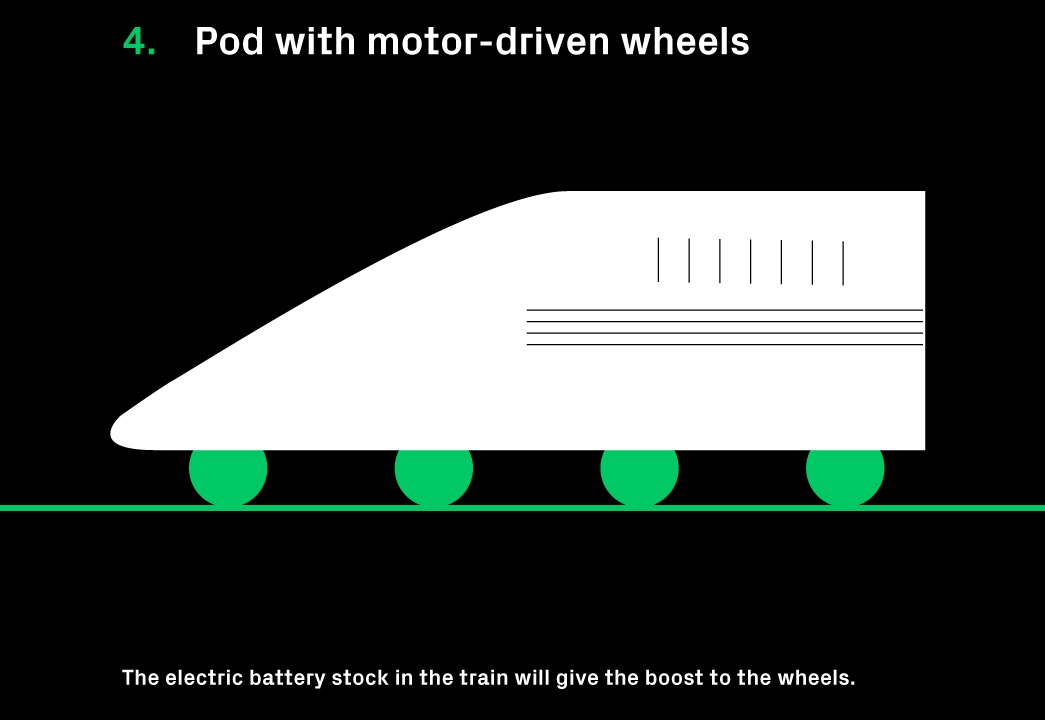 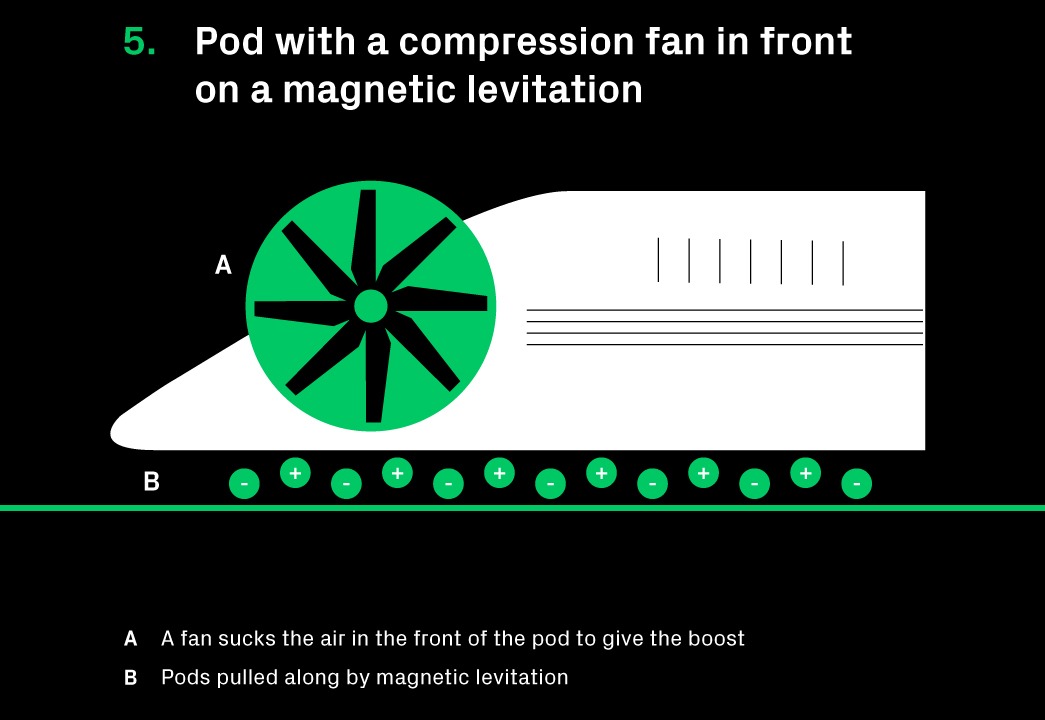 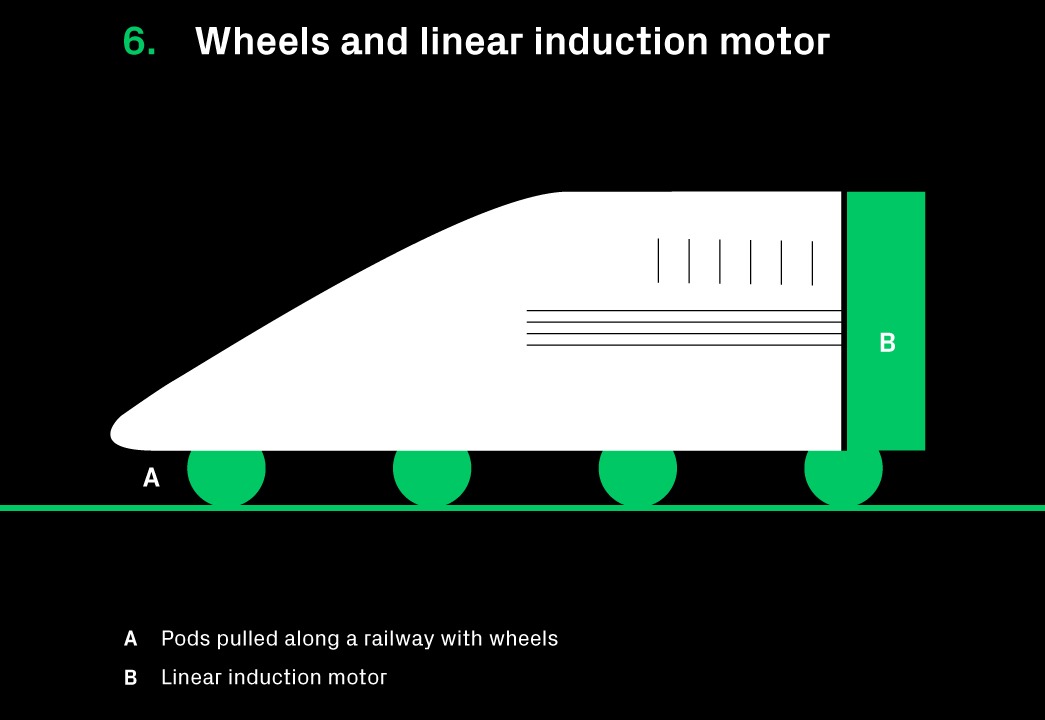 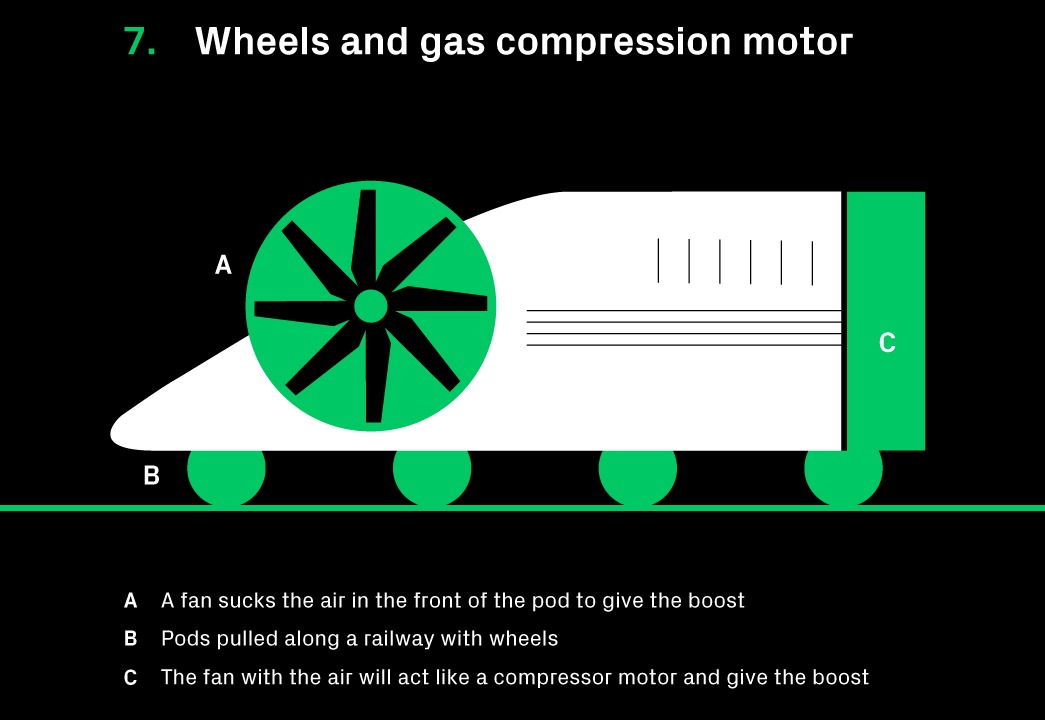 Since the 1960s, Moore’s law has guided the production of processors and transistors. However, the continuous shrink of silicon chips approaches physical limits.

The European Commission wants to build a strong battery industry that can compete with Asia, but has it entered the game too late?