Hundreds of millions of years of evolution have given insects the ability to fly efficiently and robustly. Roboticists are taking note.

Flying insects may have brains smaller than a grain of rice, but somehow they are able to navigate through complex environments, deal with harsh windy conditions, avoid collisions with one another, work as teams and rebound from bone-crushing impacts – all situations at which your average recreational drone would fail miserably.

“Nature has been developing miniature autonomous flying systems for millions of years, whereas we human engineers have only been attempting to create our own versions for the past few decades,” explains Emily Baird from Stockholm University. “So, it’s not surprising that nature has found some very simple and efficient methods for moving safely through the world.” Little wonder that drone innovators are turning to insects for inspiration in building the next generation of flying robots.

Nowhere in Europe is this approach more evident than in the Laboratory of Intelligent Systems (LIS) at the École Polytechnique Fédérale de Lausanne (EPFL). Created at the start of the millennium, the lab’s aim, according to its founder Dario Floreano, is to “use biology to design better robots and use robots to understand more about biology”.

Initially a hub for blue-sky research on bio-inspired robotics, the lab rapidly began using nature, and particularly insects, as a blueprint for designing drones. From foldable wings that allow drones to fly in harsh conditions or seamlessly switch from flying to walking, to a perching mechanism that allows micro-drones to place sensors in awkward locations and even an artificial compound insect eye, the LIS team has built various technologies with a range of insect-like capabilities.

Most recently, they engineered an insect-inspired quadcopter that could carry on flying after a crash. Insects have origami-like wings made of rigid tiles of cuticle connected through soft resilin joints. Similarly, EPFL’s quadcopter uses a combination of stiff and elastic layers so that upon impact its segmented joints bend and its elastic layer stretches, springing back into shape to continue flying.

LIS graduates have gone on to commercialise a number of innovative drones first dreamt up at EPFL. One is senseFly, founded by Jean-Christophe Zufferey in 2009. The company has designed small, high-performance flying-wing drones whose integrated autopilot function is based on the control and navigation strategies of flying insects. Another is Flyability, which also uses flight-control algorithms inspired by such insects as flies, combined with a patented rotating protective frame. The result is the world’s first crash-resistant drone, capable of inspecting industrial facilities or carrying out mountain search and rescue operations. “The drone’s design is based on a mechanical tolerance to collisions, much like how an insect collides on windows and uses the obstacles to find its way out,” explains CEO Patrick Thévoz.

Other European researchers also have the bug. Oxford University spinout Animal Dynamics is developing a small-scale drone based on how a dragonfly flaps its wings. The drone can tolerate higher winds, achieve lower power consumption and fly further than multi-copter designs.

Meanwhile, Baird’s work in Sweden is at the leading edge of vision research, uncovering how bees use light to navigate through heavy vegetation. “They can fly safely and quickly through dense tropical rainforests and find their way back home, even over tens of kilometres,” she says.

Where insect inspiration will go next is limited only by imagination. Beyond established drone applications like military and police surveillance, and nascent applications such as search and rescue, insect-like micro-drones could become important for pollinating crops in light of the decline in honeybee populations or even for virtual tourism, with sunseekers experiencing far-flung locations with the aid of virtual-reality goggles. 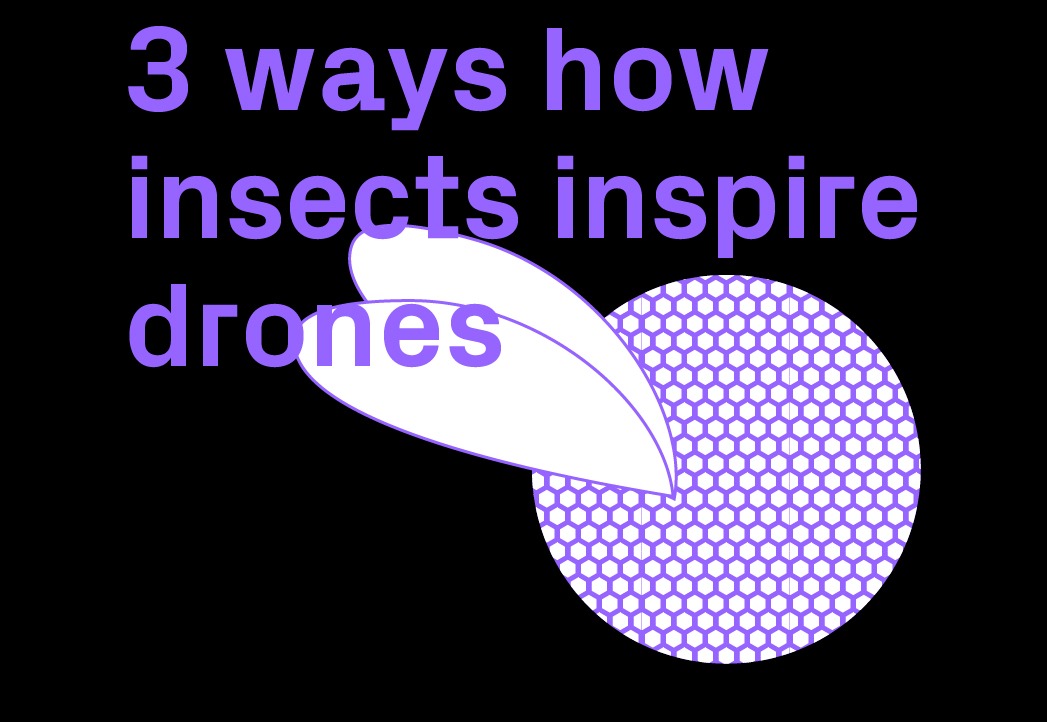 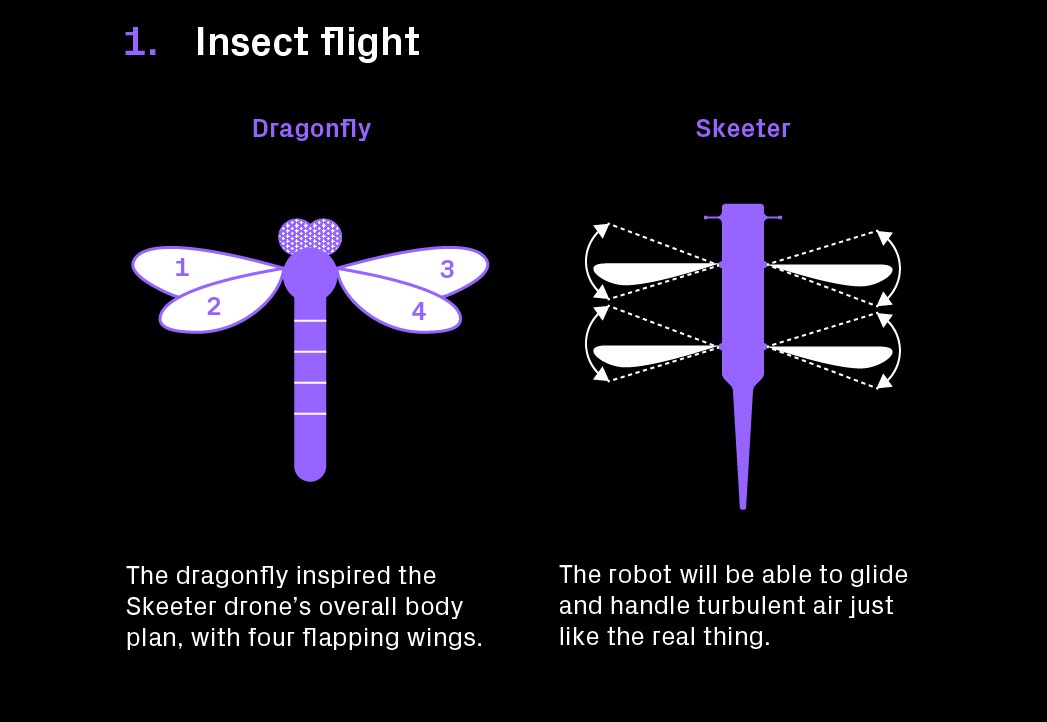 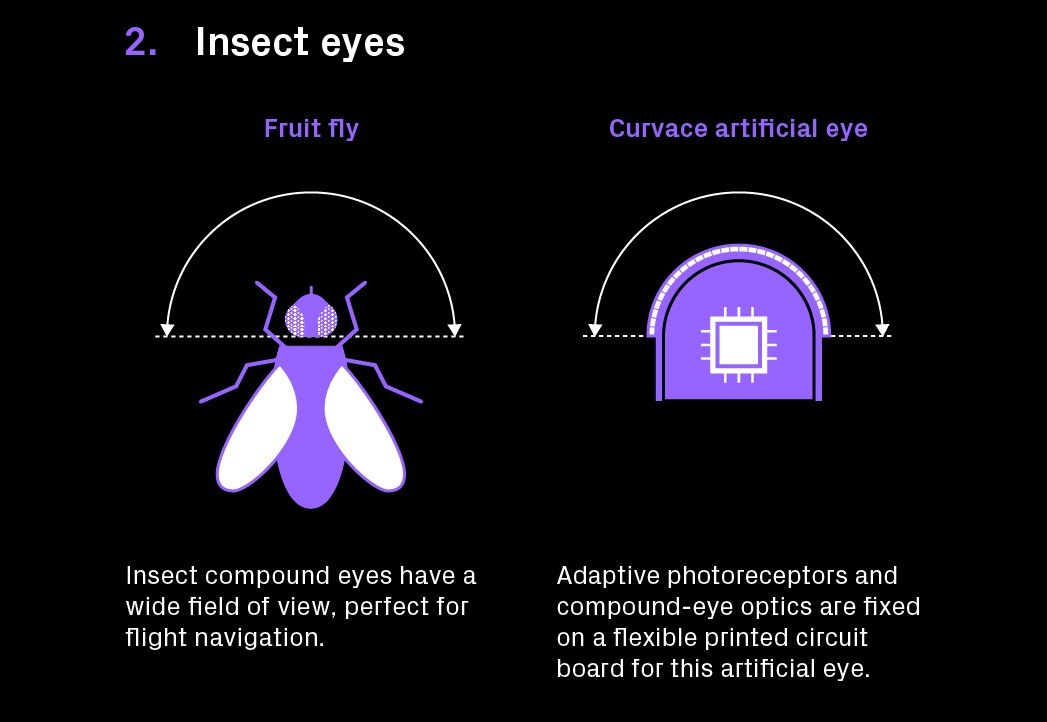 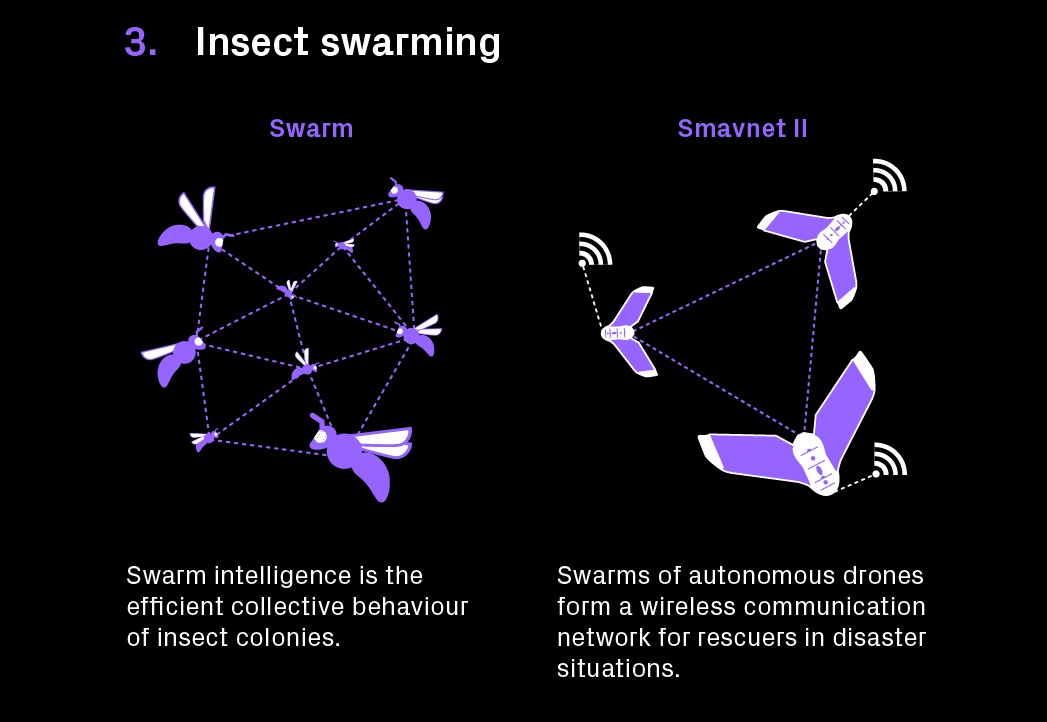 How do you keep the skies from becoming a giant, noisy, dangerous cloud of drones? Manufacturers and regulators are working on the answers.