Dealing with the plastic scourge

Society is balking at the impact of our collective plastic footprint. But some alternatives are occurring.

In early 2018 “plastic bag” was briefly a more popular Google search topic than “climate change”. This is just one example of the outrage against plastic that has motivated not only ordinary individuals but international organisations and celebrities – from the United Nations declaring war on single-use plastic to Kim Kardashian giving up straws.

Unlike similar environmental movements in the past – such as the outcry against CFCs destroying the ozone layer that prompted a worldwide ban in the late 1980s – the public indignation about plastics has not been sown by fresh scientific data. It has come from the slow realisation that plastic is far more pervasive and sinister than most people imagined. The facts speak for themselves: 300 million tonnes of plastic are produced annually, 40% of it for packaging discarded after one use. And some 9 million tonnes end up in the oceans.

The result is commitments worldwide to reduce humanity’s collective plastic footprint. In general, there are two options: either collect, recover and recycle all plastics, or remove them from society all together.

The problem is that plastic is just so good at what it does. Light, strong and cheap, plastic is a wonder material – particularly for packaging. Replacing it will not be easy.

A number of projects in Europe are keen to take up the challenge. Leaving aside bioplastics that need to be decomposed in specialised facilities, and their questionable sustainability credentials, three different approaches are being explored to reduce the amount of plastic packaging.

Biodegradable packaging is the alternative now receiving the most attention. A wide range of EU-funded projects are innovating in this field. For example, several European companies have teamed up on the FRESH project to develop a fully bio-based and biodegradable ready-meal packaging derived from wood fibre and a biopolymer.

Elsewhere, a partnership among 21 European industrial and academic organisations called YPACK and another public-private partnership involving seven actors from Europe (including the Technical University of Denmark, DTU) called BioBarr is introducing PHA biopolymers, which disintegrate within two months in soil, as alternative packaging solutions whose sources are food and agricultural by-products.

“Commercialisation, however, has not been achieved for most project results,” says Horst-Christian Langowski of the Technical University of Munich (TUM). “If you try to develop biodegradable materials, their main disadvantage is high water vapour permeability, which makes them useless in most applications.”

Aiming to change this, at least for beer, is the Green Fibre Bottle project. Pursued by DTU, ecoXpac A/S and the Carlsberg Group, this project aims to create an eco-friendly bottle as an alternative to glass and plastic bottles. “The Green Fibre Bottle could be used to contain drinks of various nature with the very ambitious goal to ‘bottle beer in a paper bottle’,” explain DTU’s Mattia Didone and Guido Tosello.

In 2016, Carlsberg unveiled a physical prototype of its Green Fibre Bottle, but Didone and Tosello warn that there is still much to do before they appear in supermarkets. “Moulded pulp manufacturing technology has not changed since the introduction of the egg carton,” they explain. Though they have both contributed to making the product and its manufacturing process as sustainable as possible – reducing the production cycle time by 92% – questions remain regarding engineering a biodegradable inner barrier and bio-based cap, and how to scale production. 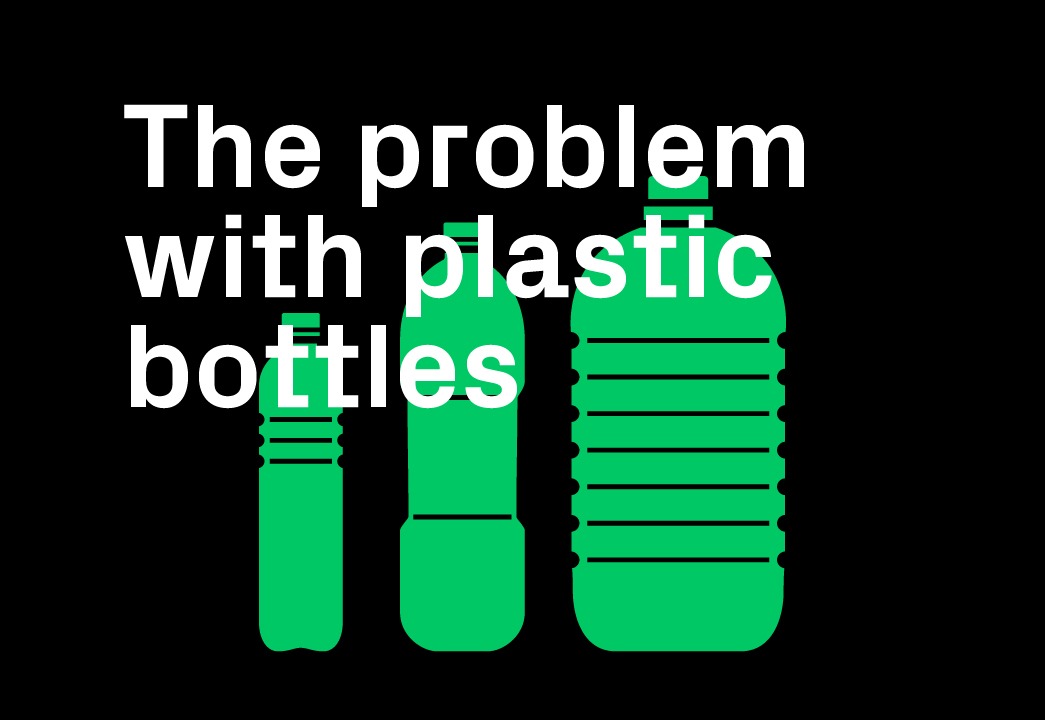 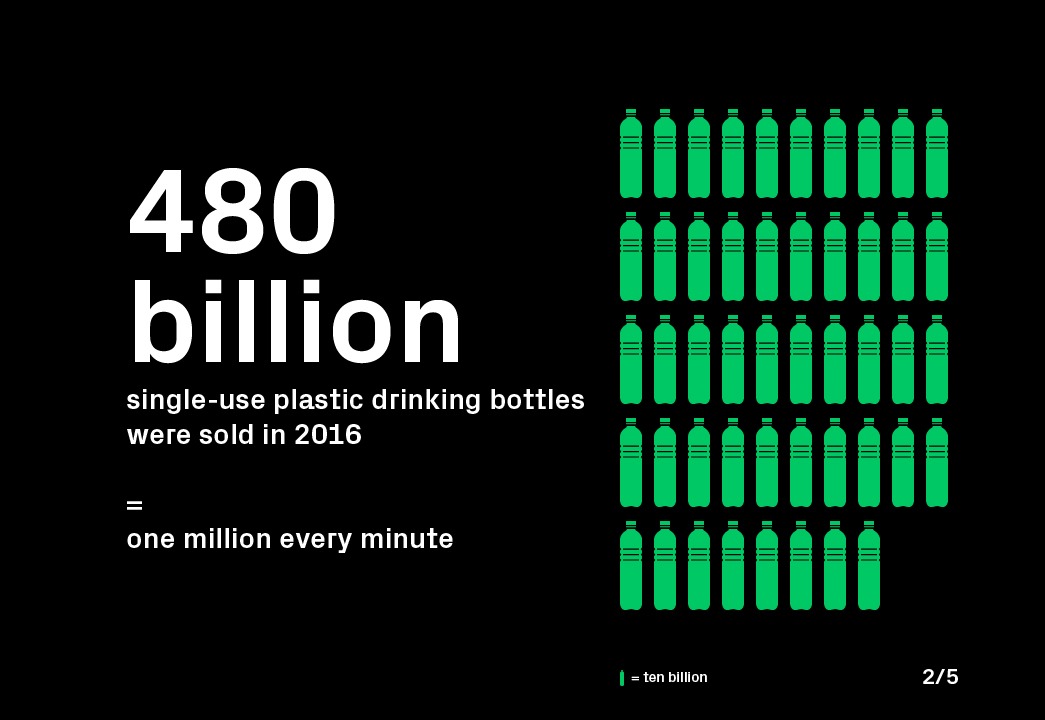 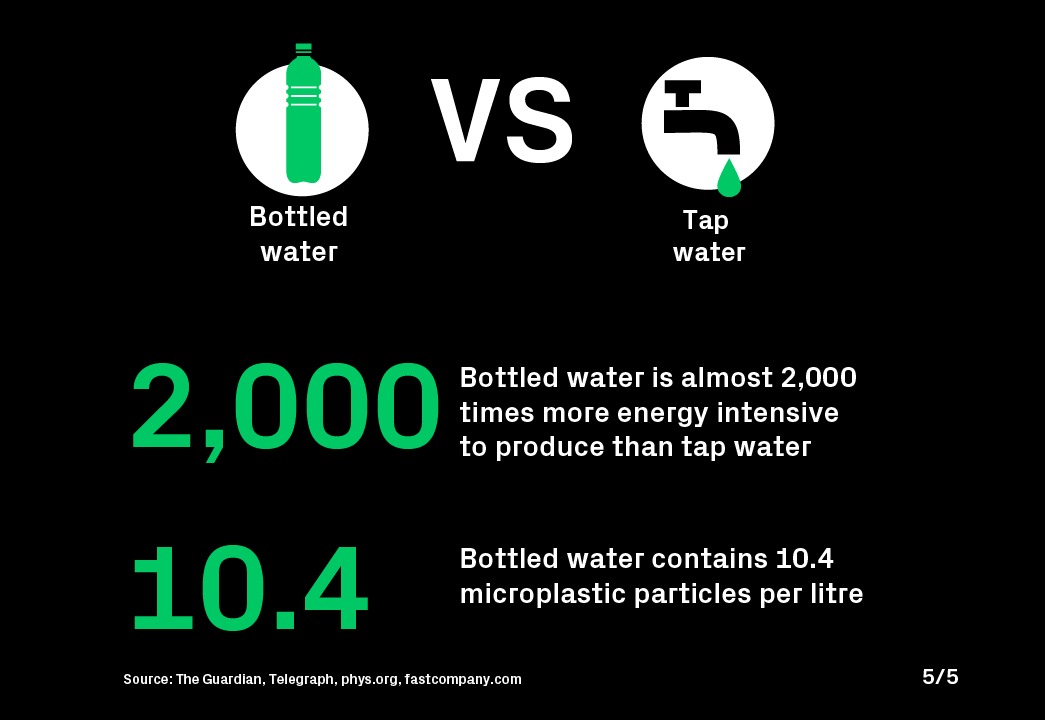 Another way to replace polluting plastic packaging is to make it out of edible organic matter. It may sound like a gimmick, but actually eating the wrapper is not the point. By making products edible, manufacturers guarantee safe and quick decomposition.

A number of companies and projects are pursuing the commercialisation of edible films. In the UK, Skipping Rocks Lab have developed Ooho!, an edible flexible packaging made from seaweed extract. The spherical packaging can be eaten or discarded, as it degrades in just six weeks. Though the company is developing the product for various applications, including as sauce and condiment sachets, it is already available as small water bottles at high-end London department store Selfridges. The company is currently working with Lucozade Sport to trial the product at various sporting events.

However, TUM’s Langowski is not so convinced. He can see that edible coatings could have an advantage in packaging cut fruit, but other edible products should be scrutinised from the perspective of the consumer and not the scientist. “Would you eat a dry, brittle packaging film? I would definitely not,” he says. “Most edible packaging materials would end up in the organic waste, which is less useful than simply creating energy from them.”

Where it’s practical, more and more food items will be presented loose to shoppers. At the extreme end of this trend, Original Unverpackt in Berlin and Bulk Market in London are zero-waste supermarkets where customers dispense olive oil into their own containers and buy goods from bulk bins and jars. In the Netherlands, organic supermarket chain Ekoplaza is taking a more measured approach, introducing a plastic-free aisle, where as many goods are presented loose as possible. A concern, however, is that without plastic packaging consumers will no longer see nutritional information and food date labels.

Portable smartphone-integrated spectrometers may offer a solution. “They can give you quantitative information about fat, sugar, and so on,” says Andrea Fiore, a physicist at Eindhoven University of Technology (TU/e). “Spectrometry is used in production lines that can measure the freshness of fish with an accuracy of a few hours – but of course it doesn’t mean you can get the freshness of a banana.”

Aiming to build much smaller, cheaper and more functional devices, Fiore and colleagues recently developed a nano-opto-electro-mechanical spectrometer that is about 100 microns in length. Among many other applications Fiore envisions for the technology, one is to integrate it into a smartphone to measure the properties of different foods from their reflectance spectrum.

The device would not be practical for many items – needing the user to input the type of food and requiring any skin to be removed – and work is still at an early stage, yet the potential benefits are clear. “Our eyes are spectral sensors measuring what we buy based on three colour filters,” says Fiore. “If we go from three to 20 or 100 spectral points in a smartphone-based spectrometer, the quality of that judgement can only become better.”

Fog catchers have been providing water to people in dry, mountainous regions for decades. Due to climate change, more regions get drier, pushing the need for this technology.

New solar technologies promise a more sustainable way for water-starved communities to squeeze drinkable water out of the salty seas.